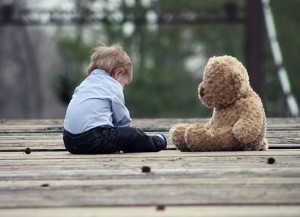 Victoria’s Reportable Conduct Scheme is now fully implemented, and organisations that provide care or services for children should be aware of their obligations in this regard.

The Scheme was introduced in July 2017 in response to the recommendations of the Betrayal of Trust Report, which found a need for independent scrutiny and oversight of child abuse prevention and reporting within organisations in Victoria.

The Scheme was implemented in three stages over an 18 month period, gradually phasing in the relevant types of organisations. This went as follows:

It’s important to note that even if the Scheme only applies to one part of an organisation, the whole organisation is considered to be within the Scheme.

The Scheme does not replace reporting obligations to the police however. Any suspected criminal activity must still be reported to the Victoria Police first and foremost.

What the Scheme does

The Scheme centralises and oversees child abuse reporting, investigations and prevention. It does this by requiring relevant organisations to promptly report allegations and investigation findings to the Commission for Children and Young People (CCYP).

The CCYP is an independent statutory body. It has the authority to receive and oversee investigations, provide guidance and advice, share information with other organisations (such as the police and WWC Check Unit), and report to Parliament on data and trends.

What types of ‘reportable conduct’ apply?

There are five types of reportable conduct regarding children that apply within the Scheme:

These apply to employees, volunteers, contractors, office holders, religious ministers and officers, and foster and kinship carers who are at least 18 years of age.

What organisations need to do

Relevant organisations need to ensure they have the seven Child Safe Standards in place introduced in January 2017 to prevent abuse and misconduct from happening.

They should also ensure that a person in authority within the organisation is made aware of any allegations of abuse or misconduct. This would usually be the head of the organisation, such as the CEO or a principal officer. Where no such person exists then the organisation needs to nominate someone as the ‘head’ for the purposes of the Scheme.

The head has certain obligations regarding the Scheme:

The head can also appoint another person within the organisation to respond to, investigate and report allegations.

Where to go for help and more information