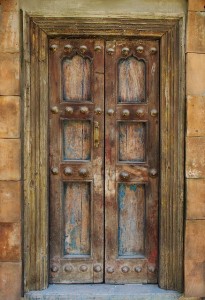 Research by the AIC (Australian Institute of Criminology) on the motivations and methods of burglars turned up many common mistakes that property owners make when it comes to security. While this research was mostly about private homes, churches can be just as vulnerable to burglary and theft as homeowners – in fact maybe more so as their buildings are often left open to the public for hours at a time.

The difference between burglary and theft

People will often use these two terms interchangeably but they are in fact different crimes.

Theft refers to the taking or stealing of someone else’s property without their consent.
Burglary on the other hand involves breaking into a property with the intent of committing theft. This applies whether or not the theft was successful. The entering of the property doesn’t necessarily have to be forced – it could for example involve simply going in through an open door.

(Robbery is another common term – but this refers to taking something from a person, using force or the threat of force).

The AIC surveyed currently active, formerly active and / or convicted burglars, while also drawing on past research including some from overseas. This enabled them to draw conclusions and make recommendations for property owners to reduce their risk of burglary and theft.

Common reasons cited for committing or attempting burglary and theft included the influence of friends, funding drug use, and boredom. Only around one-third of the crimes were planned while approximately two-thirds were unplanned or spontaneous – that is, they happened when the opportunity presented itself.

The most attractive properties to burglars were those that looked like they held high-value goods, and that had little or no visible security.

75% of participants claimed it took them under three minutes to enter properties and that they were inside for only five to fifteen minutes. 66% also reported entering through unlocked doors or windows. This fits with other findings that burglars look for properties where they can get in easily and steal items quickly.

Properties considered easiest to burgle included those where there were no dogs present, that appeared vacant (e.g. no signs of movement, no cars in the driveway), that had open doors or windows, and that were relatively secluded. Properties that had valuable items in view and that had carelessly-concealed spare keys were also seen as easy targets.

The highest cited deterrent to entering a property was the presence of dogs. This was followed by a working alarm system, grilles on doors and/or windows, high visibility from the road, sensor lights, gates, and deadlocks.

This was often made more obvious by overflowing mailboxes, bins left out and no lights on during the evenings.

However, it seems that tricks like leaving the lights or a radio on all night while away fools no one. In fact, some of them referred to this as the “oldest trick in the book”, and one that makes it all the more obvious the property is vacant!

The burglars said that homeowners’ biggest mistake was leaving doors or windows unlocked or open. Some also reported being able to enter through pet doors, skylights or via the roof. Leaving house keys in obvious hiding places (e.g. under the pot plant near the front door) was also a factor that made entering properties easy.

Freezers and top drawers were considered obvious places to look for hidden valuables and cash. If anything, hiding things in these spots could actually help speed up a crime!

Seasoned burglars it seems are not fooled or deterred by non-working security – such as fake alarms, cameras or security systems.

On the other hand, it appears that too much security can backfire. It could suggest the presence of having very high-value items that are worth hiding!

Some burglars described how they were able to enter homes through open doors during a large party or celebration, help themselves to drinks and snacks, and then go into rooms to steal items!

This makes sense when you consider that during parties people often leave the front door open and invite guests to leave their bags and/or gifts in a bedroom or other designated space.

Overall the research makes it clear that potential burglars will look for the easiest targets they can find. So the aim should be to make your property as unattractive as possible to them.

Recommendations to prevent theft and burglary include:

Do you have a record of your contents?

If you don’t have a record of your church’s contents, now might be a good time to make one. This enables you to calculate the value of your items and to keep track of any that do go missing. It can also help when reporting burglaries and thefts to the police and when making an insurance claim.

We have a form on the website for this – you can find it under Members/Forms (scroll down to find it).

AIC: research on motivations and methods of burglars

CCI: all articles on security